Is this the world’s largest puppet? 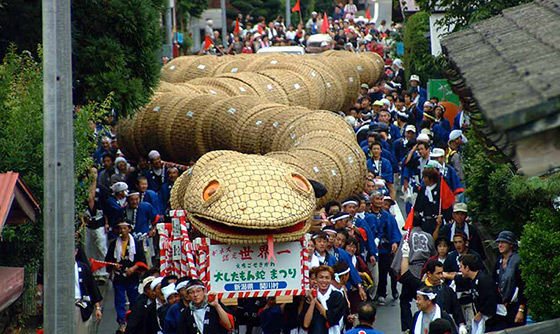 “Officially” (at least according to Guiness) the world’s largest puppet is a giant marionette that serves as the mascot for Ottawa’s annual Ital-Fest. But measuring just 17 m 82 cm (58 ft 5.5 in) it pales in comparison to what I’m convinced is the really world’s largest puppet, a truly massive bamboo and straw snake in Niigata, Japan that is over 82m long!

If you want to learn more, you can read the account of Mary Miller, who participated in this year’s festival and watch a playlist of videos that she shot during the parade too!