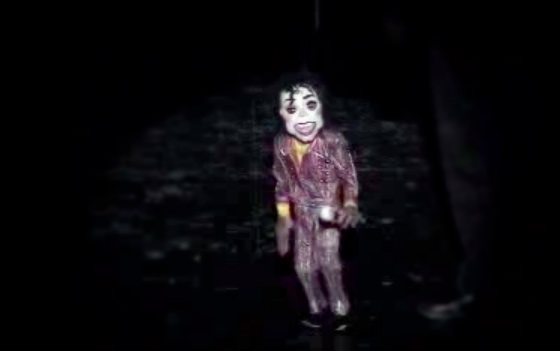 Say, you know what we haven’t done around here lately? A run-down of Michael Jackson puppet acts!

Our first act is Damon Scott, who nearly won the first season of Britain’s Got Talent. This is a video of his first appearance on the show and watch how he actually makes Simon Cowell grin and laugh out loud. Just accomplishing that alone should win you a cool million on that show!

Michael Jackson always seems to be a popular act for marionette puppeteers to spoof and with good reason. Have you ever tried to make a rod puppet moonwalk? (early in my career I had to and I don’t recommend it unless you have a lot of patience). Probably the best Michael marionette you’ll ever see is performed by Scott Land. He’s a really amazing, old school marionette puppeteer who does cabaret shows in the style of legends like Tony Sarg, Frank Paris and Rufus and Margo Rose (it probably helps that he studied under other marionette masters like Tony Urbano, Albrecht Roser and Phillip Huber).

I would love to see this live.

Another thing that Michael Jackson puppet acts seem to have in common is that they’re really popular in Latin America and Southeast Asia (especially the Philippines and Malaysia for reasons that I don’t completely understand). This act from a magic convention in Malaysia isn’t that great, but I give the performer full props for actually singing rather than just lip syncing to a prerecorded track.

You know who doesn’t need to lip sync either? Terry Fator. Now intricate, complex manipulation isn’t really Terry’s thing (he’s more of a straight Ventriloquist/impressionist) but, who cares? Is there a better or funnier celebrity impressionist working in puppetry today? I seriously doubt it.

1/5/14 Update: I know this post was titled “Five Great Michael Jackson Puppet Acts”, but unfortunately one of them has recently been removed from YouTube. I’ve removed the missing video from this post, but you can find more great Michael Jackson puppet acts in the PuppetVision Blog Archives.