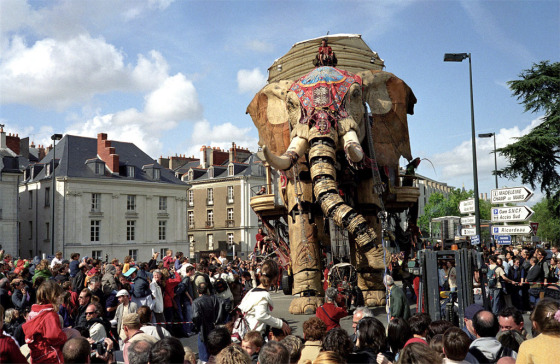 Residents of Nantes, France woke to quite a site last month on the 100th anniversary of Jules Verne’s death…a space capsule crashed into a smoking pile of rubble in the central square of the city. Later that day, a giant animatronic elephant and entourage of the Sultan paraded into town to visit the mayor. 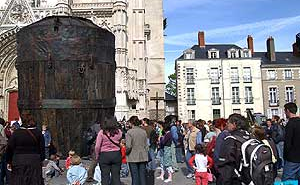 As if that wasn’t enough, the next day the capsule opened to reveal a giant animatronic girl who walked through the streets, sewing a row of parked cars to the street, rode a scooter, and even used an enormous toilet.

No it’s not the plot of the next Spielburg movie, it’s actually the incredibly large-scale work of French puppetry troupe Royal De Luxe. Lots of cool video are more photos are available here and here.

Thanks to Gretchen Van Lente for the info!

Update: Hil has posted lots of links about this in her blog here.