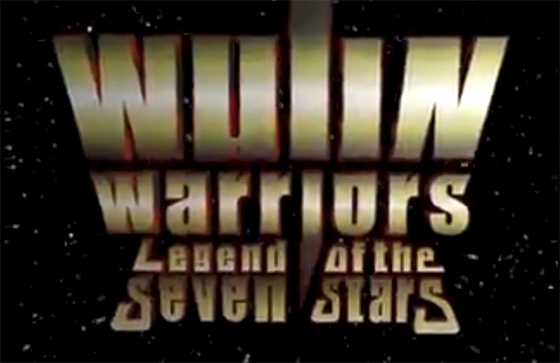 AOL’s PR department dropped me a line yesterday to say that Wulin Warriors has been launched on AOL’s KOL site. Wulin is an English language adaptation of one of my all-time favourite puppet shows, Pili. Sometimes called “Pili Puppet Theatre” or “Thunderforce”, Pili is an insanely popular series in Taiwan that mixes traditional Budaixi glove puppetry with martial arts and special effects.

I first caught a glimpse of the show when I was doing puppetry in Taiwan in the late `90s and although I couldn’t understand much of it, I was really captivated by how unique it was. It’s virtually unknown here in North America, but huge in Taiwan where it has its own TV channel and was turned in to a film called The Legend of the Sacred Stone, which is one of the most successful Taiwanese movies of all time.

Selected episodes of Pili were originally turned in to Wulin Warriors for Cartoon Network a few years ago, but the show was canceled after just a couple of episodes, so it’s nice to see it being given another life online. The unfortunate thing is that Wulin Warriors is a pretty shoddy adaptation that doesn’t do the original justice. It has a totally unnecessary hip hop soundtrack and the series filled with cringe-inducing dialogue that’s really hammy, even for a children’s program.

Watching Wulin and comparing it to the original (which is sadly very hard to find in English speaking countries) it’s easy to see why it didn’t last long on TV. Still, despite the problems, I recommend checking out Wulin Warriors if only to get a glimpse of the show’s unique puppetry. There’s no word on how often new episodes will be released or how many are coming, but hopefully all 13 episodes of the series will be online eventually.

15/9/13 Update: The version of AOL Kids referenced in this post is long gone, but thankfully lots of the original Pili series – including new episodes – can be found in Pili’s YouTube channel.