If You Don’t Watch Jigsaw, You Should 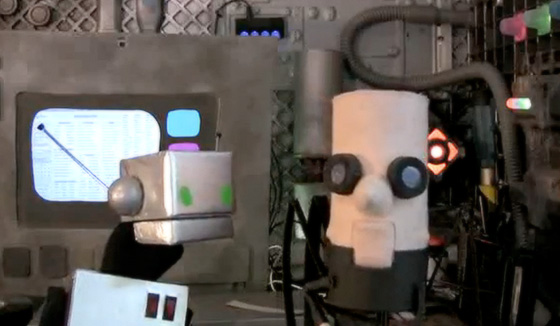 Jigsaw is a puppet video podcast created by Broderick Jones.

I’ve said this before, but Jigsaw really is one of my favourite puppet podcasts. For those who aren’t already familiar with the show, it was created by Ben Jones and began as a sort of unusual viral advertising for a comic book store in North Carolina called Jigsaw Comics.

Sadly, Jigsaw the comic book store is no more, but Jigsaw the puppet podcast is still going strong. Brodrick Ben  Jones is currently in the midst of season three of the show, which keeps getting better and more innovative with every episode. He also occasionally posts special episodes, like a recent “behind the scenes” special explaining how he built Regibor, one of the show’s characters.

To watch episodes of Jigsaw and/or subscribe to the show visit www.jigsawfanclub.com.