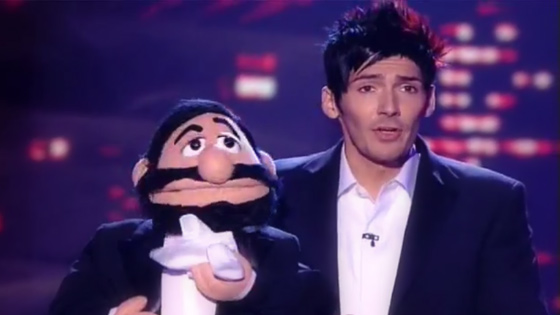 With all the worldwide media attention heaped on Susan Boyle during the latest season of Britain’s Got Talent, a really talented Ventriloquist on the show has been somewhat overlooked – Gareth Oliver. He debuted on the show with a unique ventriloquism act – throwing his voice while performing martial arts – and wowed the audience and judges with this spoof of badly dubbed Kung Fu movies:

In the second round he switched gears and performed an opera-singing puppet named Pav (built by previous Britain’s Got Talent contestant Phil Fletcher):

Gareth almost made it through to the finals and actually received enough public votes to get into the top three, but was cut when the judges had to break a tie between him and singer Shaun Smith.

Even though Gareth may not have won the competition, appearing on “BGT” is already boosting his career. The website of E3 Group (the firm that represents Gareth in the UK) have reported record traffic on their site since his appearances and say that hundreds of people have been inquiring about his availability. He’ll also be making extensive promotional appearances for ITV in the UK, so it looks like it will be a happy ending for him after all.