Roger Law: A Law Unto Himself 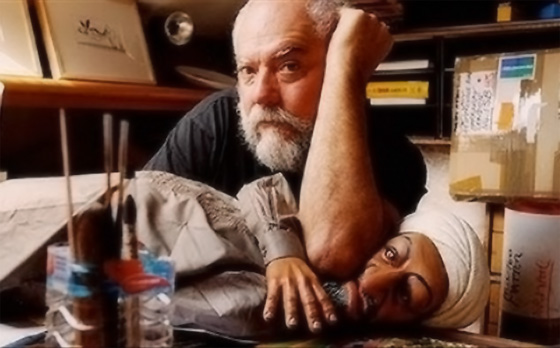 Roger Law in A Law Unto Himself (photo: Australian Broadcasting Corporation).

A Law Unto Himself is a new Australian documentary that catches up with Roger Law, one half of Fluck and Law, the dynamic duo who created the long-running satirical British series Spitting Image.

Burned out and at his wit’s end, Roger fled to Australia after Spitting Image ended its legendary run in 1996. There he began a slow process of rediscovering himself and his art. Inspired by Chinese-Australian ceramicist Ah Xian and the breathtaking landscape and wildlife of his adopted homeland he forged a new artistic path for himself that took him all the way to Jingdezhen, a Chinese city renowned for its ceramics where he rediscovered his passion for art.

It’s a fascinating and honest look at a famous artist in the process of rediscovering himself.

29/8/14 Update: A Law Unto Himself is no longer available to watch online, but it is available on DVD from Buratti Editions.