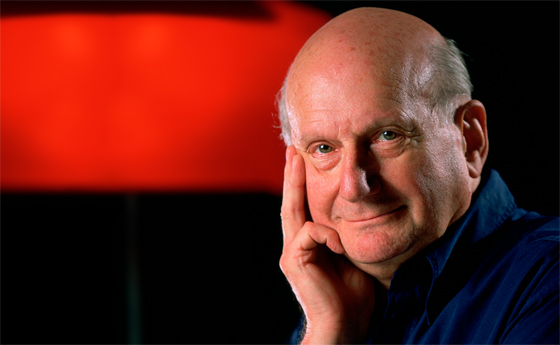 Legendary TV writer, director, producer and “Supermarionation” creator Gerry Anderson has passed away at the age of 83.

The puppetry world has lost another legend. Earlier today Gerry Anderson passed away in his sleep at the age of 83.

Gerald Alexander “Gerry” Anderson was born in London 1929 and famed around the world as the inventor of what he dubbed “Supermarionation”, essentially the process of filming dynamic action adventure TV shows and movies using specially modified marionettes. He began his career as a film trainee in the UK’s Ministry of Information and later worked at Gainsborough Pictures before founding his own company AP Films with the help of his friends.

Gerry’s early work included writing, directing and producing British marionette TV shows The Adventures Of Twizzle, Torchy The Battery Boy, Supercar and later Fireball XL5, Captain Scarlet and Stingray. Gerry’s greatest success – and the one that made him famous – was Thunderbirds. First broadcast in 1965, the series featured International Rescue, a secret emergency service run by the Tracy family that regularly saved the day with the famous catchphrase “Thunderbirds are go!” The show was wildly popular and syndicated internationally (it continues to be broadcast around the world to this very day) and was made in to a 1966 UA movie (Thunderbirds Are Go) as well as a sequel (Thunderbird 6).

AP Films and Gerry moved in to more conventional live action television in the 1970s, producing the cult sci-fi TV series Space: 1999, followed by the action/adventure puppet show in the 1980s, Terrahawks. The Nostalgia of Boomers who grew up with his work in the 1960s, aided by reruns of classic shows like Thunderbirds on satellite and cable TV later led to several re-imaginings, including a live action Hollywood adaptation of Thunderbirds and an AP-produced CG animated version of Captain Scarlet. He was also made a Member of the Order of the British Empire (MBE) for his contributions to British culture.

His work also directly inspired by the much more adult oriented spoof, Team America: World Police, which was made by South Park creators Matt Stone and Trey Parker when they were unable to acquire the film rights to Thunderbirds and appalled by the prospect of a non-puppet version of the show (Team America is, somewhat ironically, a much more beloved and fitting tribute to Gerry’s work than the actual movie based on the original series).

If you’ve never seen Thunderbirds or any of the other Gerry Anderson TV shows, do yourself a favour and look them up. They’re pretty incredible:

Earlier this year I attempted to locate Gerry to interview him for the PuppetVision documentary, but I subsequently learned that his health had been in decline for the past few years and he was increasingly struggling with mixed dementia, which made that impossible. I deeply regret not having the chance to meet him, he truly was an incredible and visionary creator and a puppetry legend that helped inspired an entire generation of children around the world.

Gerry is survived by his children Joy, Linda, Gerry Junior, Jamie and his wife Mary. His son Jamie Anderson has asked that any fans wishing to make donations in honour of his father make a contribution to the United Kingdom’s Alzheimer’s Society.