Sock puppets at the Oscars 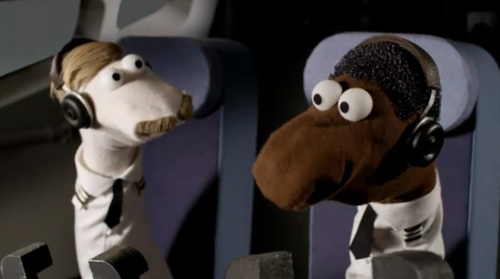 Seth Macfarlane’s opening monologue at the Oscars last night was either refreshingly funny or an inappropriate train wreck (your opinion of which it was probably depends largely on the extent to which you find Family Guy funny).

One of the legitimately funny highlights though was a short, hilarious skit re-enacting the Denzel Washington movie Flight with Sock Puppets that was arguably better (and definitely funnier) than the actual movie:

The skit was produced by stop motion animation Studio Screen Novelties. You can learn more on their blog.

03/08/12 Update: I’ve updated this post with a Vimeo video of the segment from Screen Novelties and removed the previously posted links to the entire Oscar broadcast.