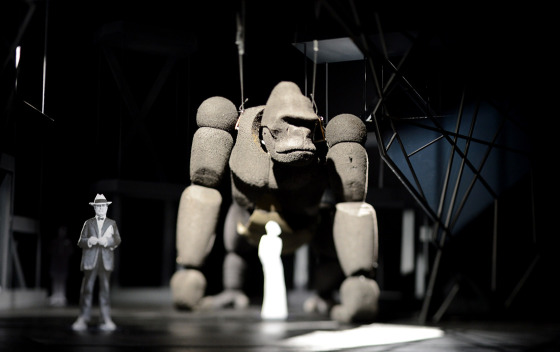 A really big show – literally – is about to debut in Melbourne, Australia.

King Kong is a live stage adaptation of the 1933 Hollywood classic. It features an incredible life-size animatronic King Kong designed and built by The Creature Technology Company, the brilliant Australian workshop behind Walking With Dinosaurs and How To Train Your Dragon Live.

Very little footage of the giant King Kong puppet in action has been released yet, but you can get several brief glimpses of the puppet in this video of King Kong Creature Designer Sonny Tilders talking about the production:

Previews for King Kong begin at the Regent Theatre in Melbourne in May, followed by the official premiere June. Tickets and more information is available online at KingKongLiveOnStage.com.