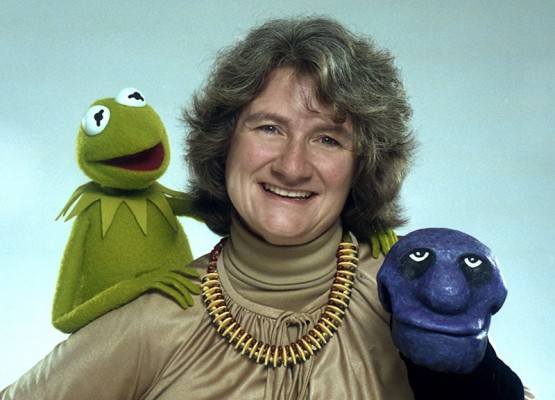 Jane Henson with two of the original Muppets – Kermit the Frog and Yorick – in the 1980s (photo courtesy of the Jim Henson Company).

The world has lost Jane Henson.

The Jim Henson Company has announced that Jane passed away at her home in Connecticut earlier today after a long battle with cancer.

Jane was best known to the public as the wife and original performing partner of Jim Henson – who she originally met in the 1950s in a puppetry class at the University of Maryland – but her contribution to the Muppets and puppetry in general was much, much deeper and more profound than that. 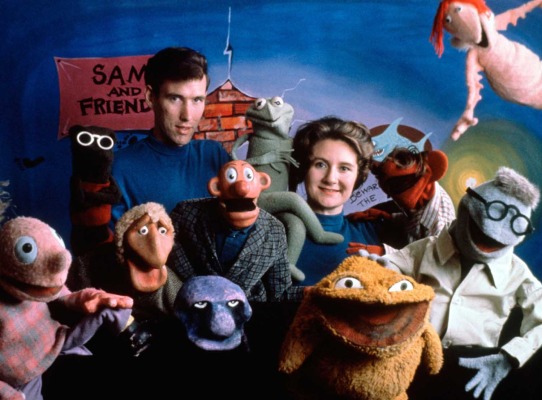 Jim and Jane Henson with the cast of Sam and Friends, c. 1960 (photo by Del Ankers, courtesy of The Jim Henson Company)

Although she retired from active performing with the Muppets in the early 1960s to focus on raising the Henson children Lisa, Cheryl, Brian, John and Heather, she remained very passionate about the Muppets and contributed to a number of projects like The Muppet Show on Tour, Sesame Street Live and the famous traveling art exhibit The Art of The Muppets. She also acted as a talent scout for the company, auditioning and training puppeteers who would become some of its brightest stars.

Jane was widely loved and respected by Muppet fans and puppeteers alike. She was very humble about her contribution to the Muppets’ success and maintained a strong connection to their roots in the puppetry world. Even at the height of the Muppets’ fame in the 1980s – when they were quite literally one of the biggest things in the world – she was known to quietly and unassumingly slip in to meetings of the Puppetry Guild of Greater New York unannounced.

Jane served on the board of The Jim Henson Foundation – which has been instrumental in helping to develop and support new American puppet theatre – and The Jim Henson Legacy, which she founded to preserve, protect and promote Jim Henson’s work. She was also a past member of the Board of Directors of Puppeteers of America and UNIMA-USA. She did extensive philanthropy through her charity, The Jane Henson Foundation (mostly recently donating $100,000 to UCONN’s puppetry program to be used for puppetry scholarships and giving $5,000 to a High School choir so they could attend a music festival in South Africa last summer). She even created new, original puppetry work like The Nativity Story, which has been staged in Florida during the holidays in recent years.

One of Jane’s most important contributions to puppetry was her work with The O’Neil Puppetry Conference, which she co-founded. The O’Neil and has been responsible for training two generations of the best puppeteers in the United States and through it Jane often discovered new puppeteers and trained them in on-camera puppetry, an art form that she literally helped invent.

Jane’s long battle with cancer had been something of an open secret in the puppetry community for several years, although most people who knew about it rarely spoke of it openly out of respect for her privacy. When her illness became more widely and publicly known last month there was an amazing outpouring of love, support and appreciation for her life and work from Henson Company alumni, puppeteers and Muppet fans around the world.

I was lucky enough to meet Jane briefly on a few occasions over the years. Although I never got to know her very well, I liked her a lot. She was very supportive and very passionate about puppetry as a serious art form and remained very connected to the puppetry community throughout her life. In fact, the last time I saw her was a little over a year ago at a Broadway Theatre in New York…she was there to see Lejo, who was performing in the United States for the very first time.

The Jim Henson Company has posted a tribute to Jane on their web site. Also, a Jane Henson Appreciation Page has been set-up on Facebook to celebrate her. Many puppeteers and Muppet fans have been sharing their memories of her there.

A memorial mass is planned for next week, although details have not been announced publicly. The Jim Henson Company has asked that memorial donations be sent to the Center for Puppetry Arts, The Jim Henson Foundation or The Puppetry Conference at the Eugene O’Neill Memorial Theatre Centre.

Thank you Jane. You will be very missed by very, very many.