Puppetry Struggles to Survive in Burma 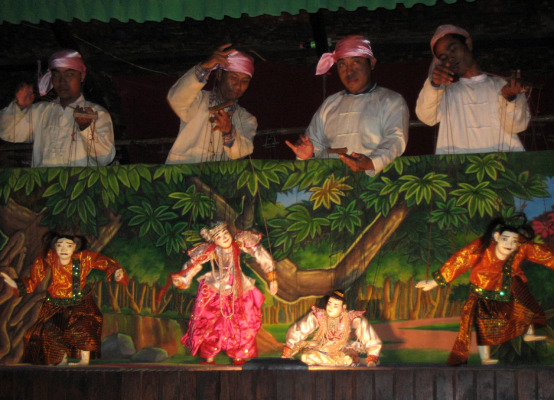 Burma (also known as Myanmar) is one of the most culturally rich countries on Earth, but its people have been subjected to decades of suffering and international isolation under a brutal military dictatorship.

Thankfully, after years of struggle, that is finally beginning to change and the Burmese people have new hope. A transition to democracy is underway and the Burmese people are in the early stages of re-taking their rightful place on the world stage. Against this hopeful backdrop it’s sad to see this report about traditional Burmese puppetry – one of the countries most famous cultural traditions – struggling to survive:

One of the most interesting comments in this report comes from a puppeteer who mentions that even as local enthusiasm for their traditional art fades, foreigners enjoy it tremendously. I’ve heard similar very comments from traditional puppeteers in other parts of Asia. They struggle to survive despite puppetry’s resurgence and international interest in their work.

What can we do to help support and promote traditional art forms like puppetry in places like Burma?