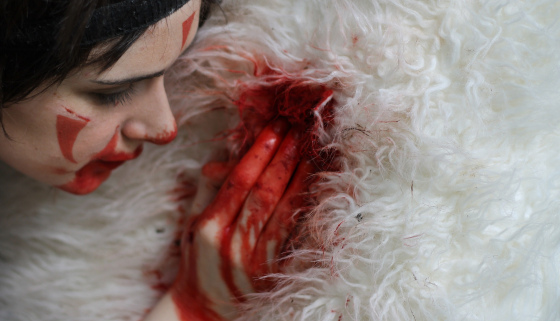 The UK’s Whole Hog Theatre made quite a splash when they presented a stage adaptation of Hayao Miyazaki’s acclaimed animated film Princess Mononoke in London earlier this year. Officially endorsed by Miyazaki and his company, Studio Ghibli, they retold the ecologically-themed fable using a mix of actors and giant puppets made (appropriately) from recycled materials.

I’ve been fascinated by this project since I first learned about it last year. MangaUK has a great interview with the show’s creative team that delves in to the development of the production. Whole Hog also recently share a video that shows some of their rehearsal process:

Whole Hog Theatre’s production of Princess Mononoke was recently re-staged in London following a successful Japanese Tour. Although no additional dates or tours have been announced (yet), given the show’s success more performances are almost a certainty. Follow Whole Hog Theatre on Twitter or the Whole Hog Theatre Blog for updates and future announcements.

You can learn more about Princess Mononoke on the Whole Hog Theatre web site.