This Ape wants you to grow a garden

The Garden Ape is a public service announcement that’s part of an awareness campaign for Natuurpunt’s Wonderlijk Wild (Miraculously Wild), an effort to encourage home gardening and the creation of “wilder”, more natural gardens in Belgium. It was produced by the Belgian filmmaking duo Marc and Emma, puppeteer/animators Emma De Swaef and Marc James Roels.

Emma built the Garden Ape as a rod puppet and utilized some simple cable mechanisms to operate the ape’s hands, mouth and brow. She was kind enough to send along some of her process photos to show how she fabricated the puppet: 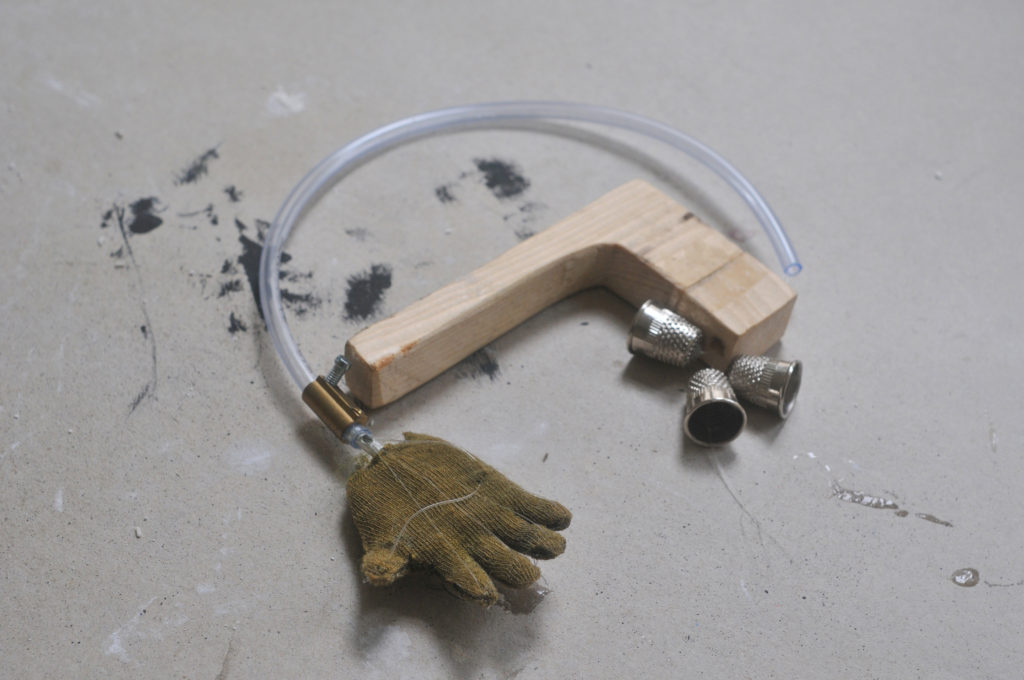 Simple mechanisms made from tubing, thimbles and monofilament were used to animated the Garden Ape’s hands. 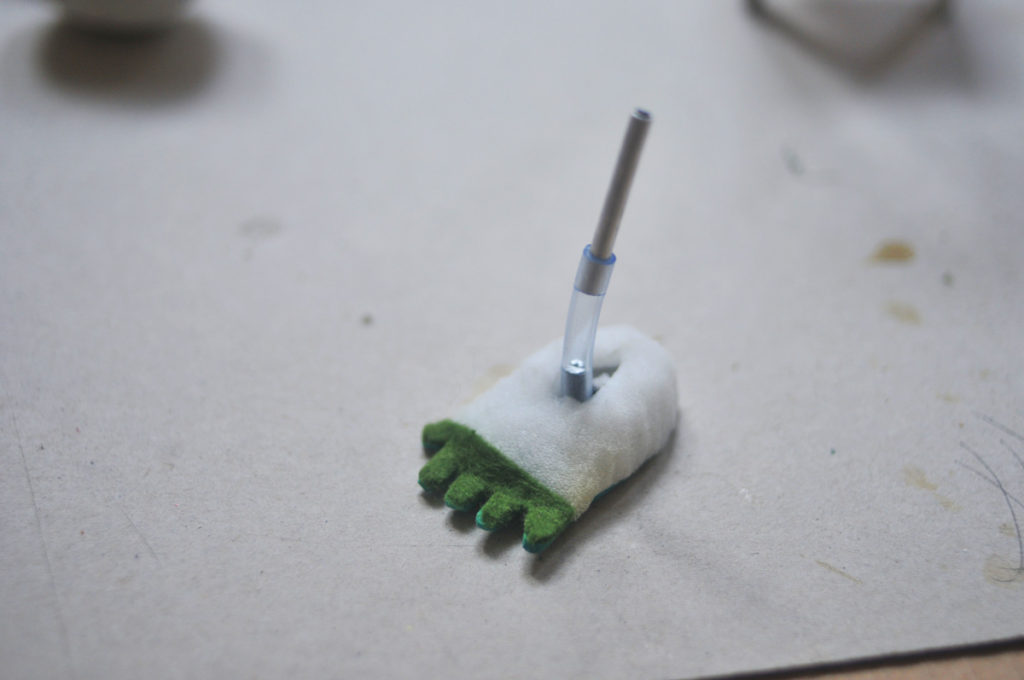 Clear, flexible tubing was used to create a flexible joints to connect the ape’s legs and feet. 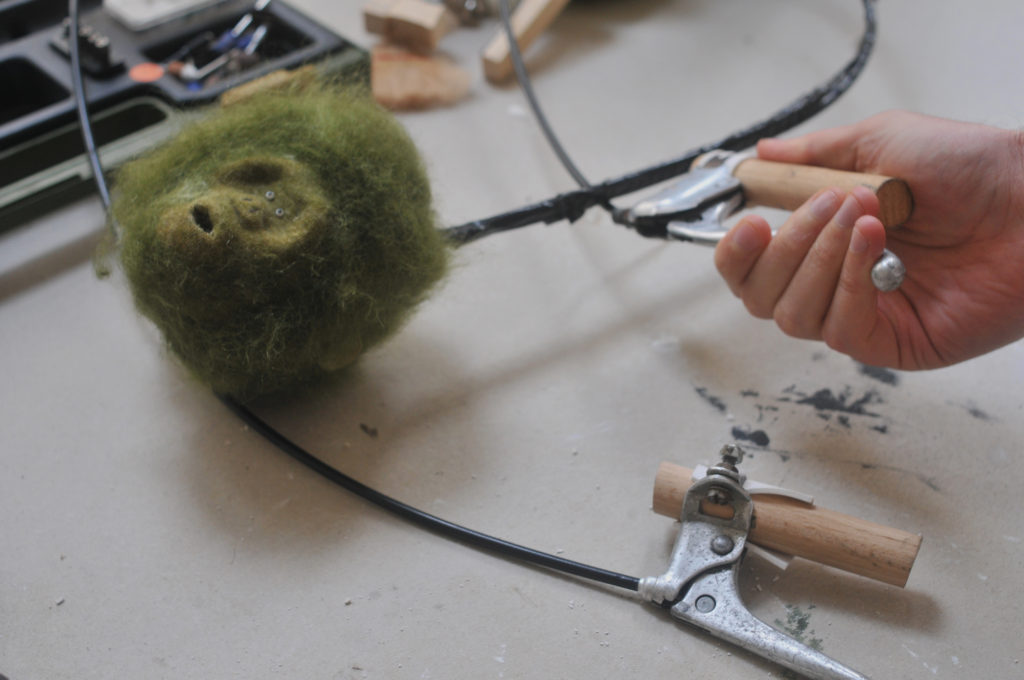 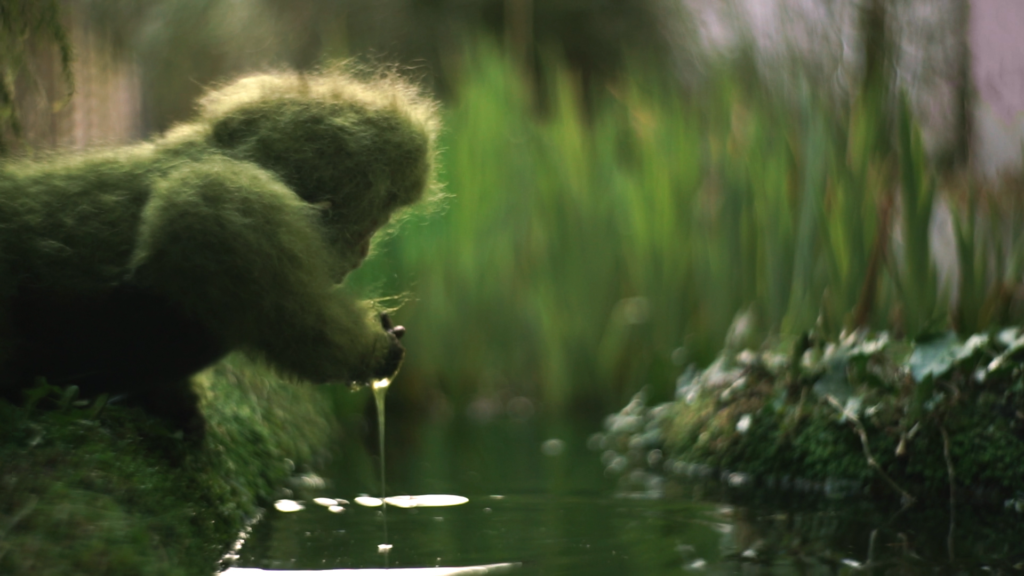 The Garden Ape’s cable controls and rods were digitally removed from each shot in post-production.

The Garden Ape was performed by Emma, Marc, Liesbeth Eeckman and Romane Claus. They worked in teams of 2-3 on each shot, puppeteering the ape using the cable controls as well as short rods that were digitally removed in post production.

Marc and Emma are probably best known for their creative textile-based stop motion animation, but I think that their aesthetic has been put to really good use in this live action spot. You can discover more of their terrific work on their web site MarcandEmma.com.