Blark and Son is a series about an older, bear-hunting, out-of-touch single dad (Blark), who constantly tries to bond and hang out with his internet-addicted son (literally named Son). The show began as a series of 30 second videos on Instagram, but has since become a regular series on Comedy Central in the United States.

Rocket Jump Film School went behind the scenes with the show’s creators in 2017 and interviewed creator, puppeteer and puppet builder Ben Bayouth and Executive Producer Adam Aseraf about the process of designing, building and performing the show’s characters at Stoopid Buddy in California:

…and here’s more of Ben talking about the show’s puppets and puppetry:

Blark and Son is currently in its third season on Comedy Central. Unfortunately, full episodes are only available to watch online in the United States, but a limited number of clips can be found on YouTube internationally. You can also find the original series of 30 second videos on Instagram, along with many more behind-the-scenes photos and videos that document production of the series. 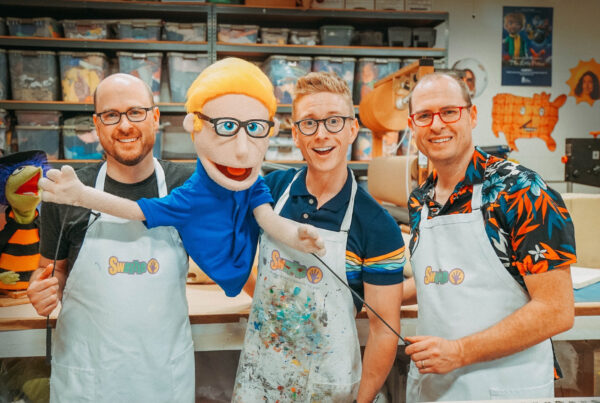 Tyler Oakley at the Swazzle Workshop