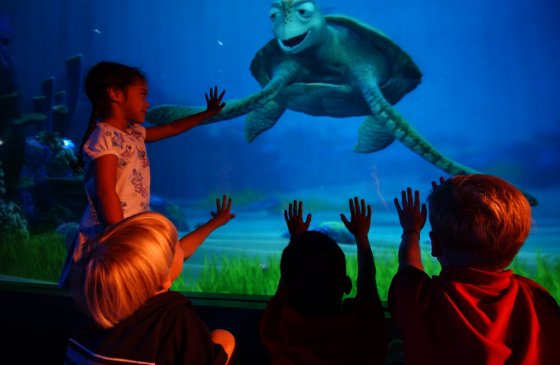 Disney employs a lot of puppeteers and uses a surprising amount of cutting-edge puppetry in their theme park attractions. I’ve never actually been to the Magic Kingdom myself yet, but one of the coolest puppetry-related attractions I’ve heard of Disney’s Imagineers devising is Turtle Talk with Crush.

In the attraction Crush (the sea turtle from Finding Nemo) swims up on a large video screen and asks questions to the audience calling people by name and (once told) identifying them by what they are wearing, answers question from the audience and reacts to the audience response. The “secret” of the attraction is of course that Crush is a digital puppet controlled by a puppeteer who’s performance is translated in real-time in to computer animation that appears on the screen.

Very cool! (thanks to Io and Phantom for the link and info).