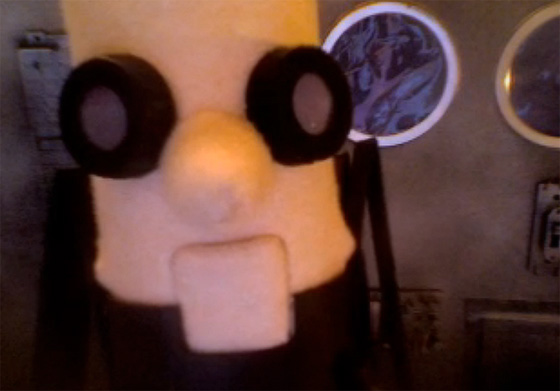 Jigsaw is a puppet podcast about a comic book store owned by a mad scientist named Dr. Kranium. His robot Milton manages the store while Kranium spends his time in an underground lab creating things like Lump and Squidmonkey, two unusual organic lifeforms. The whole thing has a bit of a MST3k feel to it and is becoming really popular on Blip.tv. Fourteen episodes have been produced so far and now that I’ve found it I hope it sticks around longer than my last belated puppet podcast discovery.

What’s really neat about the series is that there really is a Jigsaw Comics in Durham, N.C. at the 305 South Anti-Mall, a converted warehouse home to a bunch of alt-culture shops.

More about the show (and comic shop) is available at the Jigsaw Fan Club.