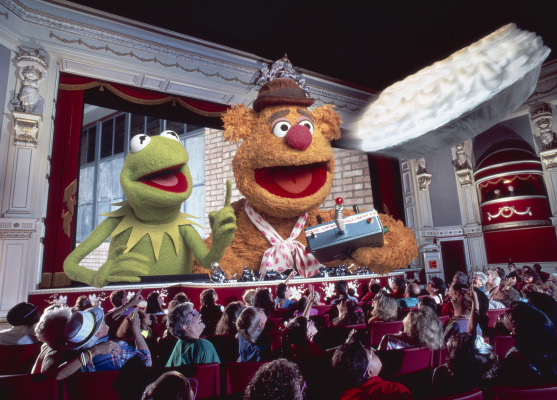 Unauthorized replicas of Kermit the Frog, Fozzie Bear and the rest of the Muppets are frequently being bought and sold online for hundreds or even thousands of dollars (photo © Disney).

Looks like Muppet Studios is finally doing something about the sale of Muppet replicas through sites like ebay and Amazon.com. On October 22nd The Muppets Studio, LLC filed a suit in California against three defendants named Steve Lonergan, Krystyna Stroinski, Michael Lisa as well as ten other unnamed individuals. The lawsuit is rumoured to be focused on the sale of Muppet replics by a company called Vault of Puppets – probably the most prolific Muppet replica maker on the internet – but a complete copy of the lawsuit doesn’t appear to be available online yet.

The sale of replica puppets, props and costumes online has been a problem for entertainment companies for years; Lucasfilm especially has gone after several studios that produce unlicensed Star Wars replicas. In the case of Muppet replicas, sellers like Vault of Puppets have become increasingly brazen in recent years; listing replicas on Amazon.com and having them prominently advertised via banner ads on fan site Muppet Central as recently as a couple weeks ago (disclosure: ads for Vault of Puppets briefly appeared on PuppetVision without my knowledge via Amazon’s Omakase ad program earlier this year; they were pulled as soon as I was alerted to it).

This was along time coming. If Disney’s lawyers are on this, replica makers may have finally awoken the proverbial sleeping dragon.