Have you seen the video for Paul McCartney’s latest single, Appreciate? It features a giant robot named Newman, and despite what many people who’ve seen it might assume, it wasn’t created with CG – it’s a giant Bunraku-style puppet.

I woke up one morning with an image in my head of me standing with a large robot. I thought it might be something that could be used for the cover of my album NEW, but instead the idea turned out to be for a music video for Appreciate. Together with (some of) the people who had done the puppetry for the worldwide hit War Horse, we developed the robot who became Newman.

Newman was also to be featured at concerts on the Asian leg of Paul McCartney’s most recent tour. Several of the shows had to be cancelled when McCartney fell ill in Japan, but you can see a brief video of McCartney and Newman arriving at Tokyo’s Haneda airport:

Newman was built by Mervyn Millar and Ed Dimbleby’s company, Significant Object. The puppeteers who performed Newman were Mervyn, Ross Green, Ivan Thorley and Henry Maynard. Ross and Henry also make brief cameos in the Appreciate video (as does a marionette that Mervyn made when he was a student more than 15 years ago). 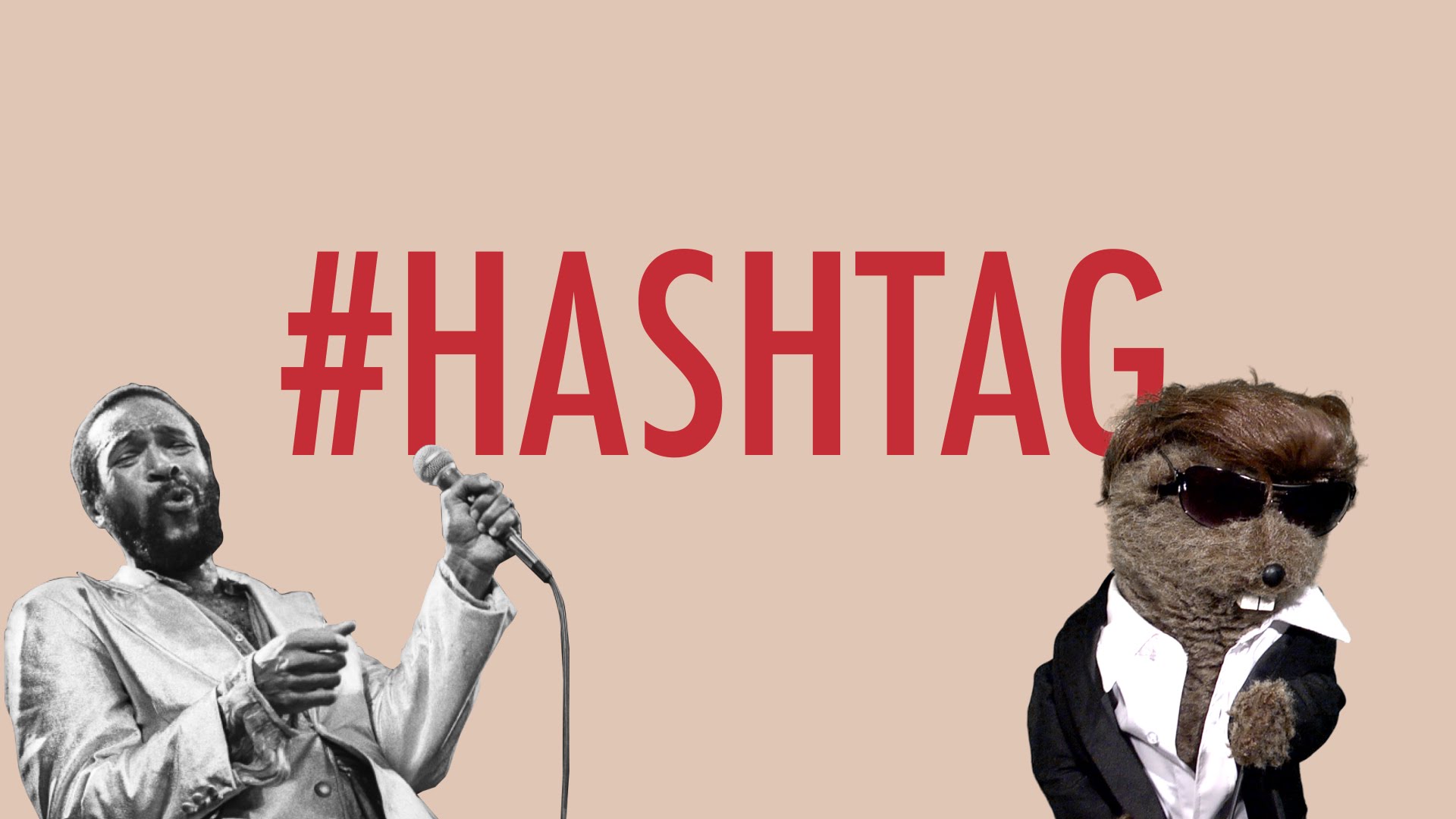 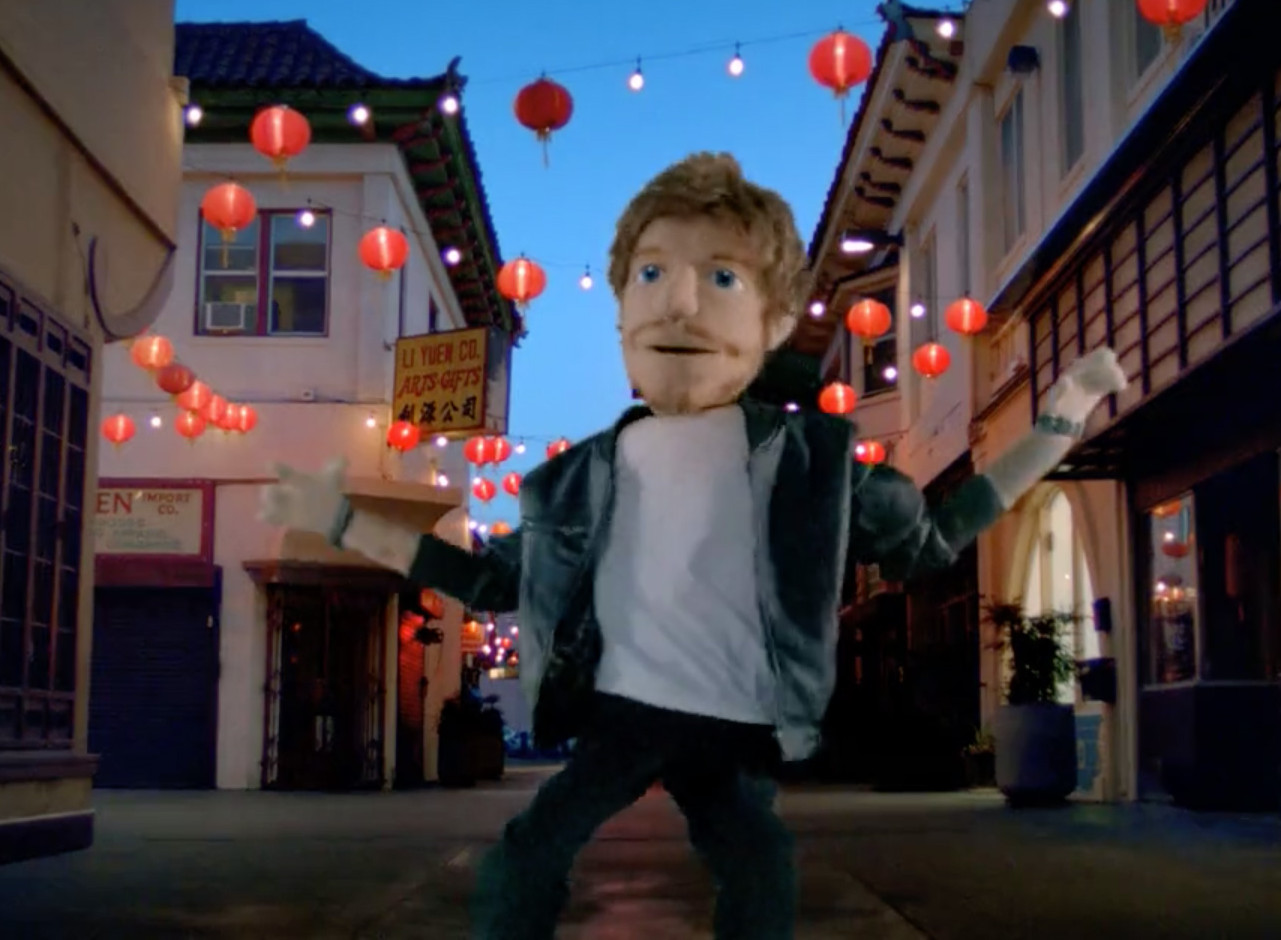 Ed Sheeran gets puppet-ized for ‘Sing’ 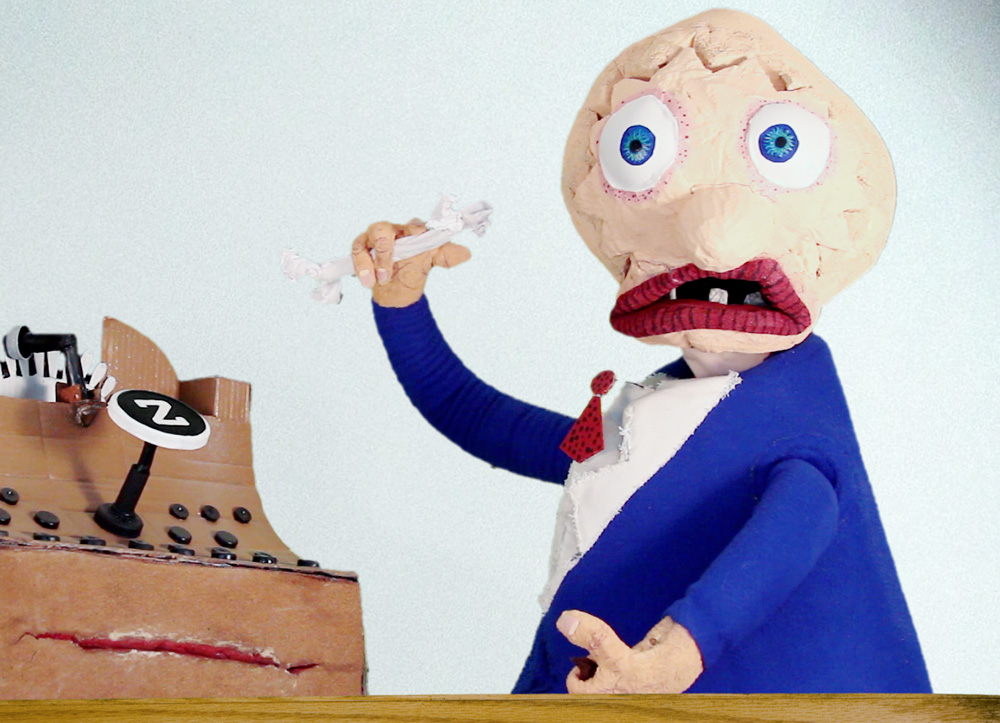