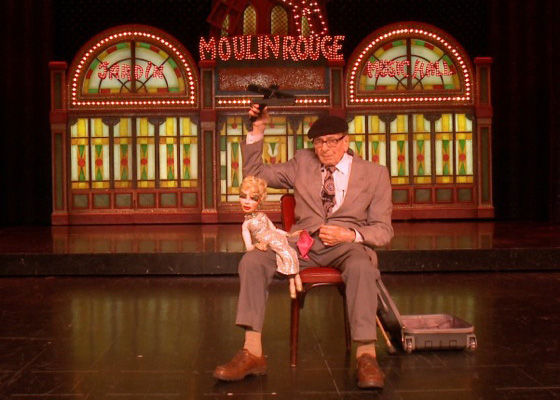 I was very sad to learn tonight that British puppeteer Frank Mumford has passed away at the age of 95.

This obituary for Frank was sent to me by Darryl Worbey:

Puppeteer and artist Frank Mumford died peacefully in hospital in Central London in the early hours of Friday morning; he was recovering from surgery on his leg after a fall. Frank was shortly to have celebrated his 96th birthday. In the past few weeks he had enjoyed a fishing trip in Devon, was planning to attend the 70th anniversary memorial service for Arnhem veterans in Holland this September and was considering heading off to France for another holiday…Frank will be deeply missed, but always remembered by many.

Frank toured an incredible marionette variety act across Europe with his wife Maisie in the 1940s and `50s. They “played to the crowned heads of Europe” and performed alongside many of the most famous performers of the era in legendary venues like Paris’ Moulin Rouge. Frank also appeared in films and was among the first British puppeteers to work in the newly-invented medium of television. 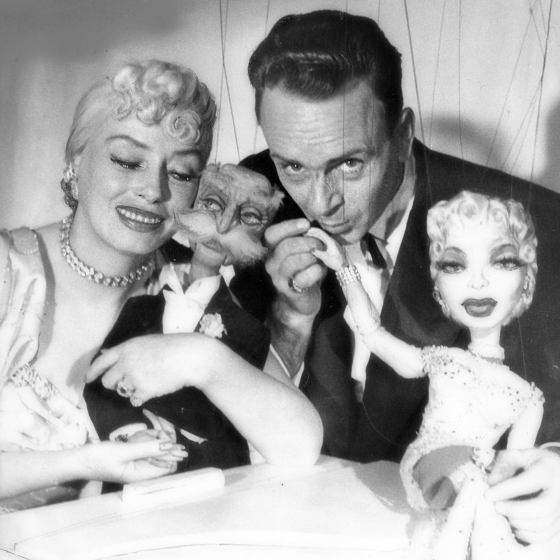 Over the years Frank became something of a “lost legend” of British puppetry, living quietly in London’s Notting Hill Gate neighbourhood after the passing of his beloved wife Maisie. Then a few years ago director Richard Butchins was invited to Frank’s birthday party by a mutual friend.

One dark day last January, I met (then) 92 year old Frank Mumford, I’d been invited to his birthday party by a mutual friend. In the course of conversation it turns out that Frank has a cupboard full of old cans of film – “Oh I used to be in show business a bit ” says Frank. The old film cans contained film of Franks BBC TV childrens’ puppet work from the 1960’s, home movie shot in Cannes and London from the 50’s and cinema and TV adverts from the 60’s. As a Documentary maker I knew I had to make this film.

The resulting documentary, An Attic Full Of Puppets, premiered last year in London. This trailer for the film includes several of those rarely seen clips of Frank’s work that Richard discovered in his cupboard, as well as some commentary from Frank himself:

There hasn’t been any word yet on a wide release of An Attic Full of Puppets yet, but the film has been receiving acclaim on the puppet and film festival circuit. Hopefully it will be more widely available soon and help ensure that Frank’s work and memory lives on for many years to come.

Rest in peace Frank…and here’s hoping we all have the opportunity to live a life as long and interesting as yours!

Frank MumfordObituariesPuppetry in the UK