Jim Henson’s Creature Shop in London was one of the most famed special effects studios in the history of film and television.

Although based in Los Angeles today, The Creature Shop traces its roots to a temporary London workshop Jim Henson set-up in 1978 to develop puppets and creatures for his 1982 fantasy The Dark Crystal. Owing to a combination of tax incentives and a deep pool skilled local craftspeople, London was a popular hub for expensive, effects-heavy science fiction and fantasy filmmaking in the 1980s. As a result, when work began on Jim Henson second fantasy feature Labyrinth he had trouble rehiring some of his Dark Crystal crew because they were working on other projects. Likely inspired by George Lucas’ Industrial Light and Magic, he decided to prevent that from happening again by creating a permanent studio that would permanently employ a team of artists and technicians to produce creatures for his projects when they were in production, and spent the time in between hiring itself out to other producers in need of its expertise.

British designer / illustrator Daniel Benney grew up in the 1990s and 2000s obsessed with puppet making, and managed to snag an opportunity to visit the legendary workshop in 2003, just a few years before it permanently closed in 2005. He recently shared a small treasure trove of snapshots from his visit on Medium, and it provides a thrilling glimpse of one of the most famous puppet workshops of all time.

The version of the Creature Shop Daniel visited in London in 2003 was actually its second location near Camden (it was originally located in a former postal sorting station near Jim Henson’s house in Hampstead Heath). As you can see in the photos, the facilities were a little more “rough and ready” than its current digs on the well appointed Henson lot in Hollywood (see previous post), but it is incredible to see so many iconic animatronic creatures in one workspace, almost like it was a living museum.

Thanks to Daniel for sharing these great photos that capture an important piece of special effects and puppet history! 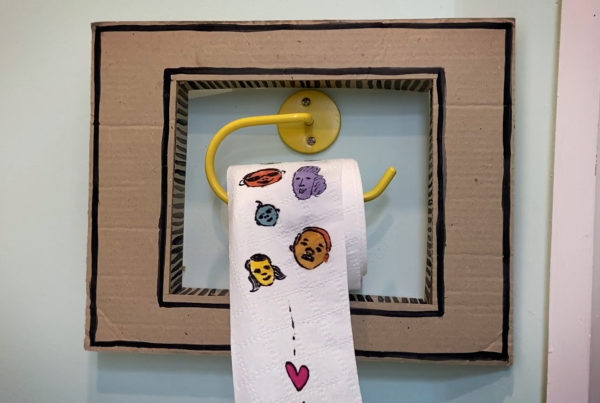