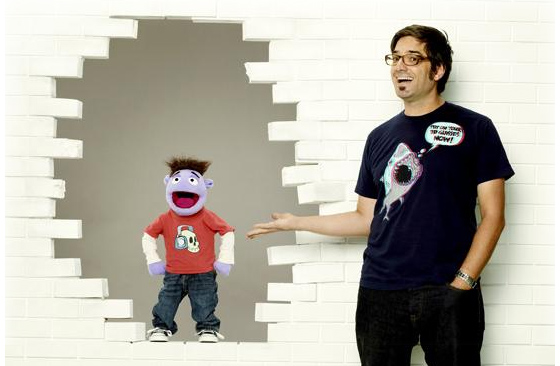 Crash and Bernstein is a new family sitcom that debuted this week on the Disney XD digital channel about 12-year-old Wyatt Bernstein, the only son among four kids who desperately wants to have a brother. His wish is granted when a puppet named Crash comes to life and predictably wacky sitcom hijinks ensure. Early reviews for the show have been very good and unsurprisingly the always-amazing Tim Lagasse has been getting lots of praise for his performance as Crash (Tim performs Crash in the series with the assistance of Paul McGinnis). Here’s a quick preview of the series…

…and an interview with Tim-as-Crash:

Crash and Bernstein airs Monday nights on Disney XD in the United States (check your local listings). Expect it to debut internationally in the coming months.